You have to Laugh 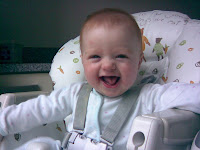 Mum Sometimes you are really silly!!
Picture these scene's and laugh I do looking back.

The first time we injected Claudia, we forgot to dial the insulin pen up first! Doh

At first we did inject in toilets, but after realising how dirty they are and falling backwards out of the cubicle whilst injecting, I lost my balance. Never again

Sat in the middle of booths supermarket Claudia hypo, 3 other children running round, I was heavily pregnant. The contents of Claudia's hypo bag strewn all over the floor, it was still early days.

8 months pregnant, sleeping in the village hall, so Claudia could do her Brownie Sleepover Badge!
When I was delivering Purdey, Claudia had been diagnosed just over 6 months. I remember asking Donald to phone home and ask them to check Claudia's blood glucose levels. She was hypo, I vaguely remember ( high on gas and air of course) telling Donald and the Mid-Wife I had to leave as I was the only one who could take care of Claudia. Purdey was delivered an hour later. I am such a control freak lol.

Traffic jam on the M60, Claudia was desperate for a wee, we pulled over on to the hard shoulder, as he pulled her jeans down, Donald pulled out the cannula, M60 hard shoulder putting a new cannula in.

New baby, breast feeding, 4 other children at meal times, trying to inject, so glad those days are gone.

I suppose what I am saying is life can be tough, but if you look back, you will see how far you have come. All the silly mishaps should make you smile. To be honest I don't know how we managed over the last 2 years, but we did!!

My husband gave me the idea behind this post. Having a large family is a logistical nightmare when you are ill. He flew into the bathroom this morning, ran back out muttering as I was in there. I thought what's up with him? I then heard him jump over the stair gate, run downstairs into the downstairs toilet, where he was sick.

I couldn't stop laughing as he was so dramatic! He took it well.